In a recent talk at the Rotman Research Institute in Toronto, Russ Poldrack made the not wholly tongue-in-cheek remark that when it comes to testing psychological theories, you can think of functional neuroimaging as "like a really expensive reaction time experiment". This formulation works for me. And you know what? I like it even better when you flip it around, like this: A reaction time (RT) experiment is like a really cheap functional neuroimaging study.

Hear me out. The logic of an RT experiment is simple. When a subject responds more slowly in one condition than another, we say that this condition required more "cognitive processing". More cognitive processing is more work. Who carries out that work? I think B.F. Skinner might even admit (if pressed) that it's the brain that carries out that work. Thus, RT is a measure of brain work -- RT is a measure of brain activity. It is no coincidence that the dominant analytic paradigm in functional neuroimaging over past 30 years -- "subtraction logic" -- was pilfered outright from the Donders/Sternberg approach to psychological experiments using RT.

It must be said on behalf of RT: pretty darn good temporal resolution, terrible spatial resolution. Indeed, with RT, you only get one voxel. (Even EEG guys scoff at the spatial resolution of RT-imaging experiments). Well, no, it's not a fancy technique. No glossy brochures, no booth at SFN, no sales division. It doesn't involve measuring brain waves, magnetic fields, electron spins, or anything like that. Nevertheless, make no mistake, RT is a neuroscience technique. And although RT experiments aren't really ever presented in the form of "images", they perfectly well could be. After all, EEG was around awhile before its untidy squiggles were repackaged as pretty color interpolated brain maps. Want to get your RT-Imaging experiment published in Neuroimage? How about something like this: statistical parametric mapping on RT data (SPM-RT). Homage to the square. 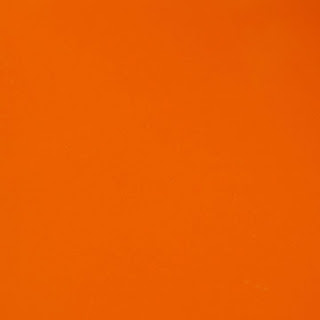 
So if you present your RT "contrasts" (your t-tests, your ANOVAs, your regressions) in Josef Albers hues, then, yes, you're doing a very cost-effective version of brain imaging. (This is good news if you're a cognitive psychologist angling for that "cognitive neuroscience" faculty job: tout all your good work in one-voxel statistical parametric mapping of RT data; talk up your expertise in "RT-imaging"). In fact, you can probably even jerry-rig SPM to analyze your RT data and display it in that iron-hot color scale in the SPM glass brain. (Don't forget to turn off temporal smoothing and convolution with the HRF.) You too, devotee of RT methodology, can take advantage of the seductive allure of brain imaging.

But, but, but, but .... wait a second, you say! "RT is a behavioral measure, and fMRI is a brain measure. They're different!" This is something like a category error, I say. RT is a measure of elapsed time. It has zero scientific significance in and of itself. Its significance rests entirely in the interpretation given to it, the inferences made with it. And those inferences, as I have already mentioned, are about "mental effort", "cognitive processing", which are mere synonyms for "brain work", "brain activity". As a matter of fact, fMRI is only a little bit "closer to the metal" -- the measure is blood oxygenation and the inference is about neural activity in this or that region.

Adrien Owen and colleagues have shown that patients in a vegetative state who otherwise have no way of communicating with the outside world, can nevertheless participate in simple psychological experiments while undergoing fMRI scanning. To answer "yes", the patient imagines that he or she is playing tennis, and a particular network of brain areas lights up. Thus, the patient communicates his or her intentions by "thinking" in a certain way. Is this a behavior? I don't see why not. It just so happens that this behavior is witnessed by an expensive MRI scanner, rather than a cheap "button box". The point being that the distinction between brain and behavior isn't so cut-and-dried.

Lets return to the original question. Can functional neuroimaging data constrain psychological theory? Well, it remains the case that if a theory doesn't make a prediction about a particular outcome measure, then it's hard to see how that measure is going to be of much help testing your theory. But if you accept my argument that RT, the workhorse dependent variable of experimental psychology for the last 50 years, is itself a brain measure, then we see that the whole argument is something of a mirage, a false dichotomy, a hot-iron herring. On the bright side, does this mean we can finally merge cognitive neuroscience and cognitive psychology? Can we have a new field, a new annual meeting? I propose Cognitive Neuropsychognomics. Organizers, founders, wherever you are, I have only one request: hold the annual meeting mid-February in Kauai or somewhere else suitably tropical.